We’ve had a 5 year plan for about 14 years now. When we first got married, we talked about homesteading; living off the land, finding our own way. Life has a funny way of changing your plans for you. It doesn’t ask – it just does it and leaves you with the mess. After you dust yourself off, you start making a new 5 year plan. Sometimes, you’re not careful, 5 years comes and goes without any furtherance of your plan. Perhaps it wasn’t the right plan. My mom had a long list of serious medical issues, things that would ensure she didn’t live to be a centurion. So, my dad retired early, put their home on the market, bought a truck and a camper. Medical issues be damned – they were going to travel. And the things/places they saw!!! Steve and I began to formulate a NEW new plan. We wanted to travel too! Anyone who knows me, even just a little, knows I hate winter and I hate the cold. I’ve been talking about leaving New Hampshire since, well, let’s just say for a very long time.

Over the years, my parents went through several upgrades and downgrades. Everything from a 26′ tag trailer called The Dog, towed by an F250 named Beast to a 38′ Class A motor home named Waldo who towed a nameless Jeep Wrangler. I’m the one who named the motor home. I never knew exactly where my parents might be. Just because they were in Arizona yesterday, didn’t mean they were still there today. Hence – Where’s Waldo. Every summer, my parents would make the trek to New Hampshire, park their rig in our driveway and spend a few weeks with us. During their visit, Steve and I would listen to stories of the places they had visited and “oops” moments along the way. We learned a lot from my parents. Things like: when you buy your rig, make sure there are enough outlets, don’t buy things you don’t have room for, be willing to unplug from the world, it’s never too soon to start downsizing but maybe the biggest thing we learned is LIFE IS SHORT. Due to deteriorating health, in 2011 my parents bought a house in Florida. Travel time was over.

Before my mom passed away in 2012, my parents gifted Waldo to us. Our travel plan got a little nearer – we had wheels! 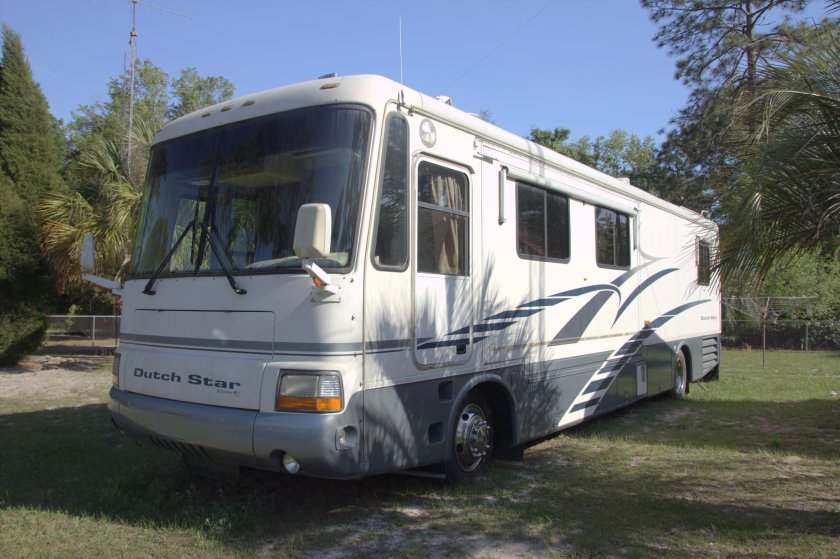 The next 16 months were a disaster for us. In Oct 2012 , my mom passed away at just 64 years old. In Sept. 2013, Steve’s dad passed away. And in Feb 2014, Steve’s 32 year old son lost his battle with cancer. We were learning first hand how short life is. And just to show that life doesn’t care what your plans are, I was diagnosed with an autoimmune disorder to go along with the heart problems I have. Luckily, the heart problem was mostly solved with a cardiac ablation, but the autoimmune disorder isn’t going away (as with most autoimmunes there is no cure). Steve and I have learned to “live with it”. Good days – bad days. S0, before it becomes Bad days – good days we have decided to throw caution to the wind and implement our plan! 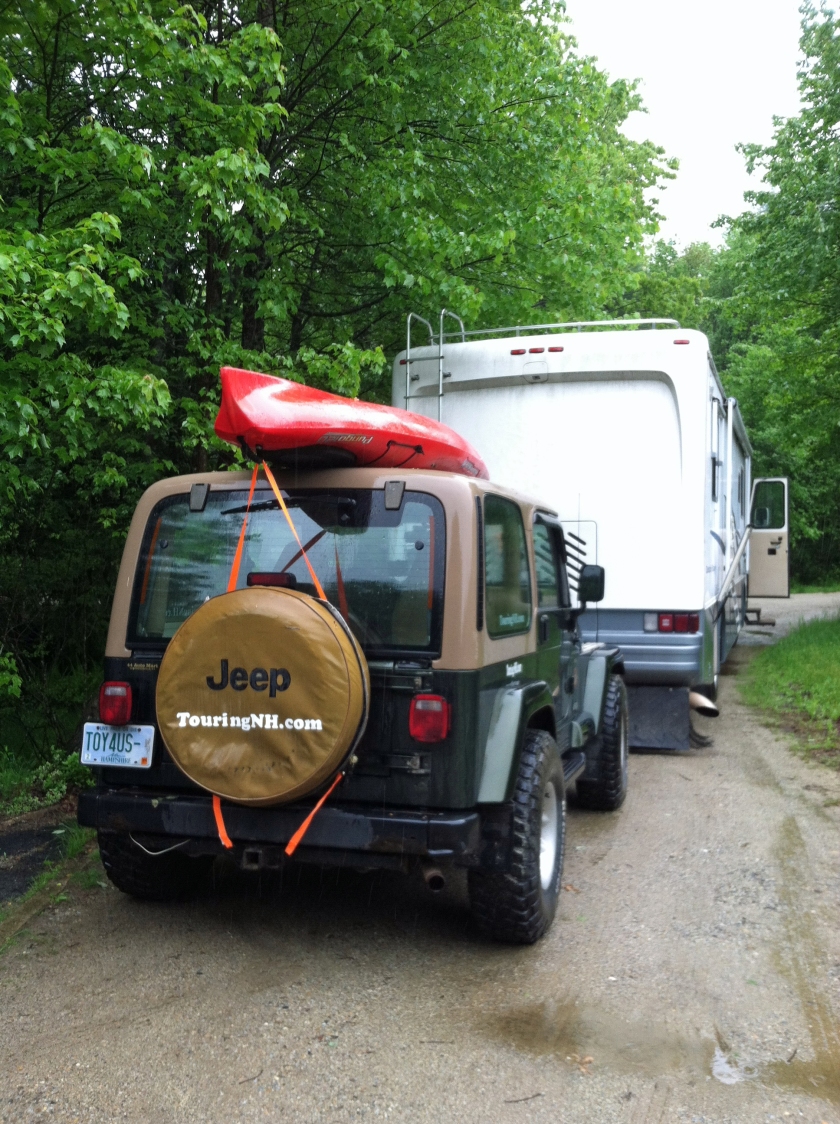 We have a different Jeep now but you get the idea…

As we wander, I will post about where we are and the adventures we are having. I’d love for you to wander with us!

You can see where I’ve visited in New Hampshire by checking out www.TouringNH.com

6 thoughts on “Planning To Wander”

Order Your Custom "Life's Better when you sleep around" Shirt Today

Help support The Wandering RVer by visiting our Amazon Store.

Join 320 other followers
Follow The Wandering RVer on WordPress.com

An early start led to a great day fishing with Mike and Dawn Smith Gondeck. Poor Steve Mahoney was sick and couldn’t join us. Next time!
Steve seasoning his new Lodge cast iron griddle with…well, bacon of course!
How we cool our Brick Vault growler in the Great Smoky Mountains NP! #shesabrickvault #brickvaultbrewery #greatsmokymountains #greatbeer #travelinggrowler #thewanderingrver
Hey everyone!! We are back in Clermont, FL Selling the best fireworks in America! 🧨 TNT 🧨 Visit TNTFireworks.com and enter for a chance to win $10,000. Please share this post with all your friends! #tnt2022contest
House building called on account of rain! Must be beer:30
In case you didn’t know, scorpions glow under a black light. Who knew there were scorpions in Alabama!!! Thank you @[100000151054199:Scott Cowen] for gifting me a black light!!!